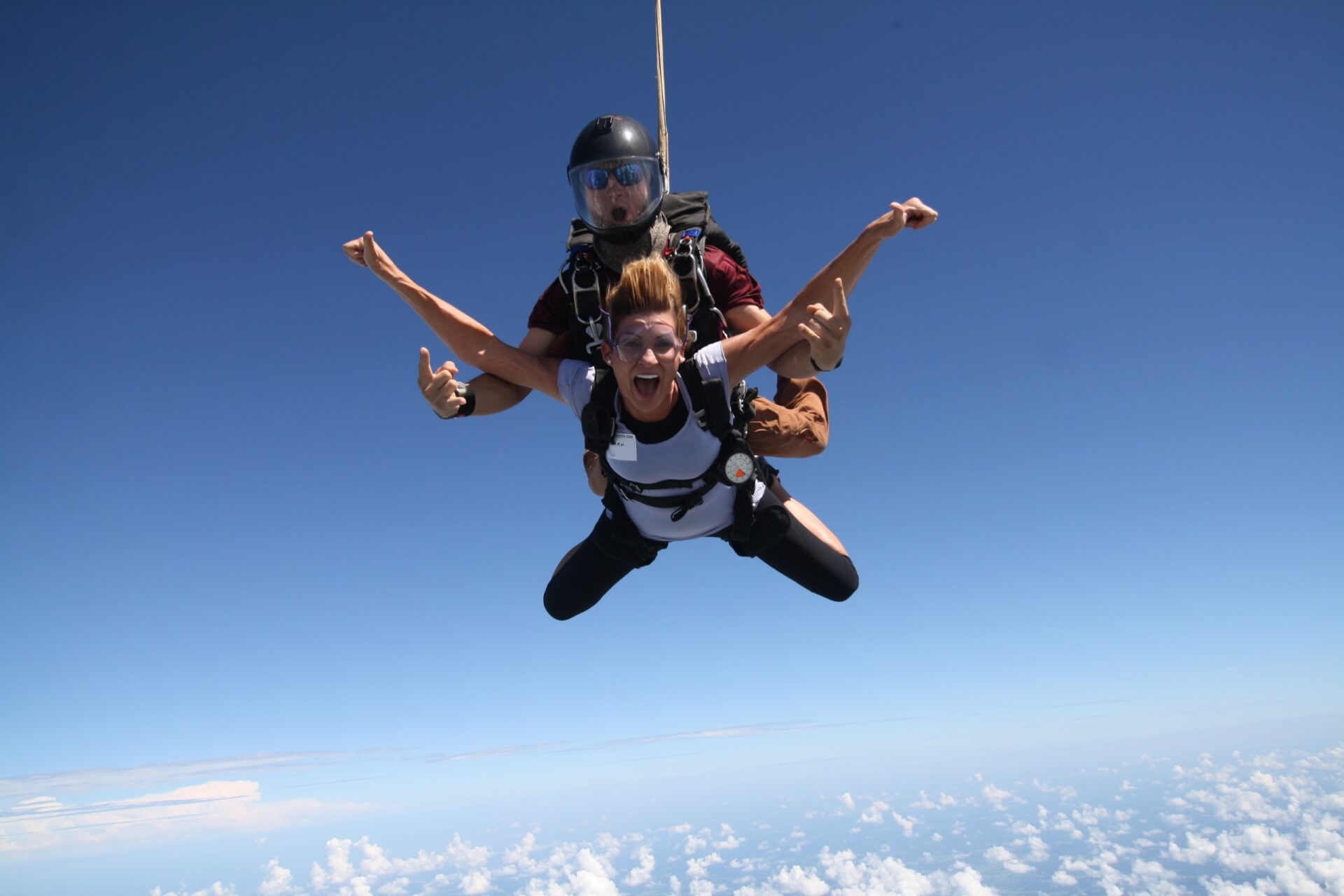 Soar to new heights in Zephyrhills

The southeast Florida’s Sports Coast town has it all, up, down and all around. It’s where professional parachutists from around the world enjoy ideal jump conditions and pilots zoom through the skies in specialty aircraft.

Back down to earth, the eclectic community enchants with natural beauty, history and cultural diversity. The people are friendly too. Zephryhills’ motto, after all, is “welcome home.”

Tag your photos with #FLSportsCoast
for a chance to be featured here!

With so many things to do and so much tranquility, it’s no wonder that Zephyrhills is a city on the rise. The population of the southeast Pasco town has increased by 35.87% since the most recent census, and it has become Pasco County’s largest city in terms of its new residents. The community has seen improvements to the municipal airport and development in its industrial sector, too.

More and more sports and fitness options can be enjoyed each year in this Pasco County community. A grand slam in its own right, the state-of-the-art Sarah Vande Berg Tennis & Wellness Center opened in 2020, and it’s still growing in size with added amenities to come. Besides its 11 tennis courts, the Center nets a good time with pickleball and padel (which is like an open-air racquetball court), plus beach volleyball and beach tennis. World-class spa treatments, therapies and a nutritious café are also featured on the compound.

All that’s new doesn’t diminish what’s old and characteristically charming about Zephyrhills. The preservationists mean business here. Oak canopies line neighborhoods with pristinely preserved homes and century-old landmarks that transport you to a quieter time. The city’s downtown features the best of yesterday and today with eclectic food and drink options including, the Zephyrhills Brewing Company, which serves more than 20 brews on tap and hosts weekly events, such as bingo and trivia nights, while keeping customers fed with visiting food trucks.

While on Fifth, shop for decor with farmhouse, coastal, French, shabby chic and rustic styles at Vintage Chix, where you might find some clothes and handmade jewelry, too.

On Saturdays, the Main Street Market welcomes local artisans, crafters and food vendors, and if you meander, you might encounter roosters roaming side streets and alleys.

Annual events include the Pigz in Z’Hills BBQ & Blues Fest, the Founders Day Festival and Parade  (recognized by the U.S. Library of Congress Local Legacies Project) and the Winter Auto Fest.

According to the city’s chamber of commerce, Zephyrhills got its name in 1910, inspired by the Greek god of wind and the “zephyrs” that blew across its rolling hills. A decade later, the 1927 Atlantic Coast Line Railroad passed through the town. The Depot Museum emphasizes the town’s railroad history. The museum features four exhibit wings, a gift shop, displays and a model train layout. Take the little ones to the train-themed playground, too.

In its former life, the World War II Barracks Museum was a U.S. Army Air Force Base, where the pilots in the Allied invasion of Normandy trained to help America win the war in Europe. In fact, the Zephyrhills airfield served as a training ground for hundreds of Army pilots during World War II. Today, visitors to the Zephyrhills Museum of Military History can see weaponry, military uniforms, wartime supplies and archival photographs of the period. They tell poignant stories about valiant heroes who fought in World War II and other wars, including the Korean and Vietnam Wars. Outside the museum stands a Douglas DC-3 aircraft.

Venture southeast of the museum, on the municipal airport property, where parachutists jump out of planes for fun. My, how times have changed!

Skydive City/Z-Hills trains skydivers of all levels, from beginners to experts, and supports all types of skydiving activities, including tandem jumps, group jumps, camera training, and even water landings. For those who choose to stay grounded, Skydive City also hosts festivals, like the Thanksgiving & Christmas Sky Dive Boogie, and competitions for spectators and families seeking a fun outing. A major player in the national scene, Skydive City has turned the Zephyrhills Municipal Airport into one of the world’s premier skydiving destinations.

Some of you might have an unquenchable desire for adventure and endless curiosity that has you yearning to make that first jump. Make the leap by attending the AFF skydiving program, which provides a gateway to jumping for fun and competition at Skydive City and other drop zones worldwide. The program starts with a full day ground school intensive. In a series of progressive training and jumps (called a ‘category’), certified instructors hold onto the student’s harness in freefall as the student demonstrates proficiency in skills necessary to skydive independently.

If gliding in an aircraft appeals to you more, take lessons from the licensed pilots of the Tampa Bay Soaring Society, also located in the southeastern section of the municipal airfield.

Whether you’re flying or jumping for your first time or your hundredth, don’t leave the Florida Sports Coast without experiencing the heart-pounding excitement of Zephyrhills.

Discover More Things To Do In Zephyrhills

Tag your photos with #FLSportsCoast for a chance to be featured here!