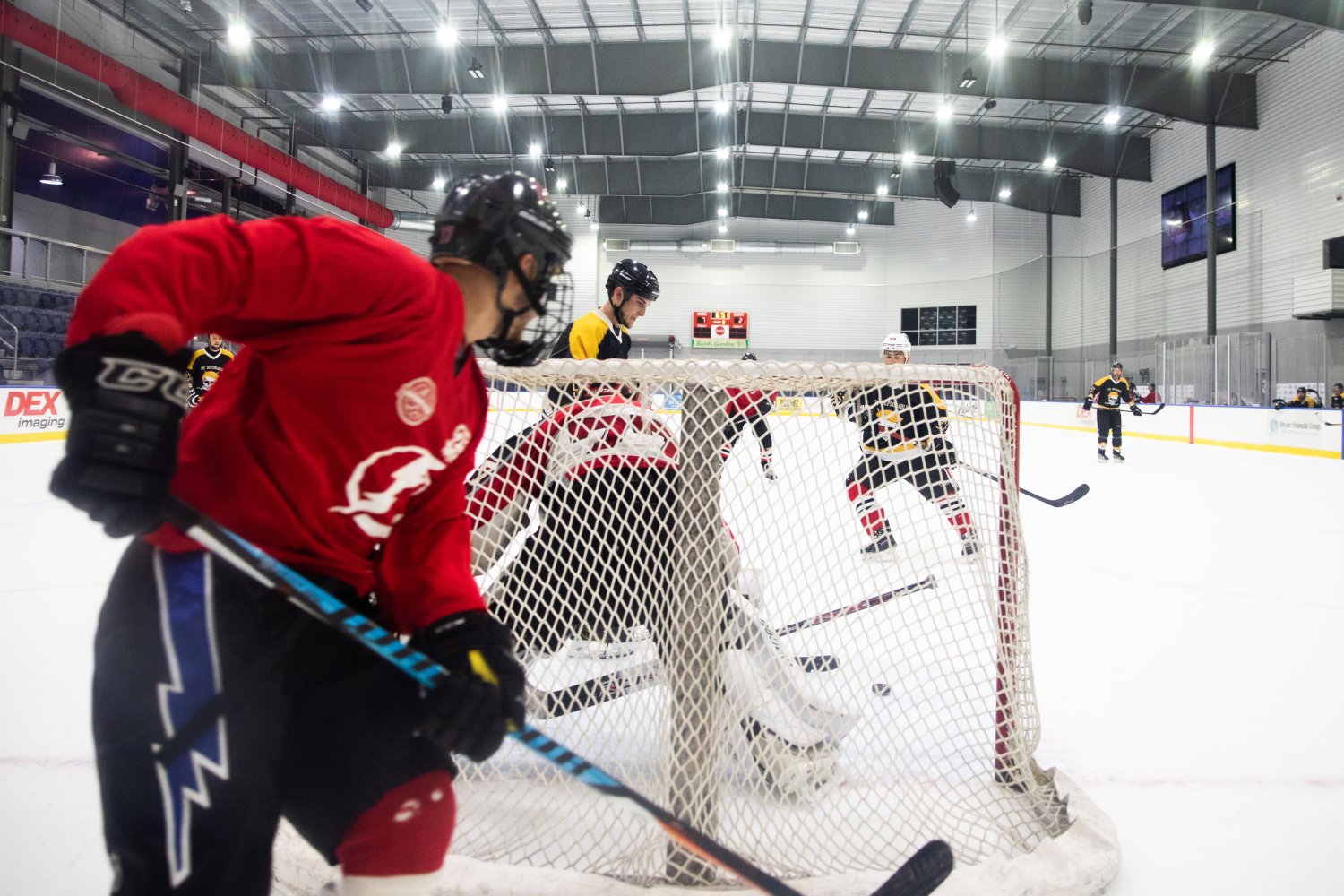 Have you ever wondered where world-class athletes go to train, compete and play? Well, they head to places like Florida’s Sports Coast. Our unique training facilities, first-rate stadiums and one-of-a-kind attractions have been drawing the “best of the best” for years.

While we don’t have time to discuss all of our locations (way too many places for this blog), there are a few attractions we’d like to highlight.

At 150,000 square feet, this two-story complex is the largest ice arena south of New York. It’s home to an Olympic-sized skating rink, three NHL sized rinks and one junior rink. With so much under one roof, it’s no surprise that AdventHealth Center Ice is one of the most popular destinations for top-notch figure skaters and professional hockey players.

When Olympic figure skaters, Vanessa James and Morgan Cipres, needed a place to practice their mixed pairs routines, they turned to AdventHealth Center Ice. The five-time French national champions train on Florida’s Sports Coast because they have everything they need at their fingertips (ice, medical staff and even a gym to train in).

“We can be here all day, and we have everything that we need,” said James.

Rinks with this many amenities are extremely rare, so it’s no surprise that Vanessa and Morgan (amongst many others) have chosen AdventHealth Center Ice for their off-season training.

Before the 2018 U.S. Olympic Women’s Hockey Team won gold in PyeongChang, they trained in AdventHealth Center Ice. The team came to Florida’s Sports Coast in September 2017, and started their six-month journey to Olympic history.

Since arriving on Florida’s Sports Coast, the U.S. Women’s National Team has been inspiring a new generation of hockey players.

“It’s really inspiring to me, and I’m sure with other girls too,” said Madison Natter, 15, who plays on a traveling team. “I’ve always seen them playing and felt, I want to be like them. It’s motivating.”

When world-class parachutists from the north train for upcoming jumps, they travel south to the Zephyrhills area of Florida’s Sports Coast. Known as one of the world’s premier drop zones, Skydive City caters to some of the best CRW parachutists and formation skydivers from around the planet.

Similar to a baseball team completing spring training, skydiving teams typically practice from early February through late April. “We’re the spring training camp for many Northern teams,” said Susan Stark, co-owner of Skydive City. “They come down in front of their season to get ready for upcoming events.”

With spring training in full swing, skydivers and parachutists from around the world have come to Florida’s Sports Coast.

The Qatar National Team is currently prepping for a CRW (canopy relative work) jump. During these jumps, parachutists open their canopies and fly around in linked formation.

Qatar also has 4-way and 8-way formation skydiving teams training this year. After exiting the aircraft, these skydivers have 35 seconds to complete a set sequence of formations as many times as possible.

What to keep an eye out for?

Skydive City is excited to be hosting the 2020 USP National Skydiving Championship. This is a very prestigious competition that will be taking place on Florida’s Sports Coast in November 2020.

It’s not just professional athletes who come to Florida’s Sports Coast to train, compete and play. Student-athletes and future stars have been traveling to FSC for many, many years.

Juniors from all over the world, training in Saddlebrook’s golf and tennis camps, wanted to extend their training and maintain their academic studies, so Saddlebrook Preparatory School was created.

Golfers practice at the Academy training facility and golf on the resort’s two Arnold Palmer designed courses. Student golfers compete in local, regional, and national tournaments. They also travel individually, or on a team, depending on the event and player.

Tennis players train on Saddlebrook’s 45 tennis courts in all Grand Slam surfaces, where they work with their coaches every afternoon. Just as the golfers do, student-athletes on the tennis program participate in local, regional, and national tournaments. They also travel as part of the Saddlebrook Prep team, or individually, depending on the tournament and player.

Academy graduates attend prestigious universities, typically with scholarships in their sport, or they may even become professionals.